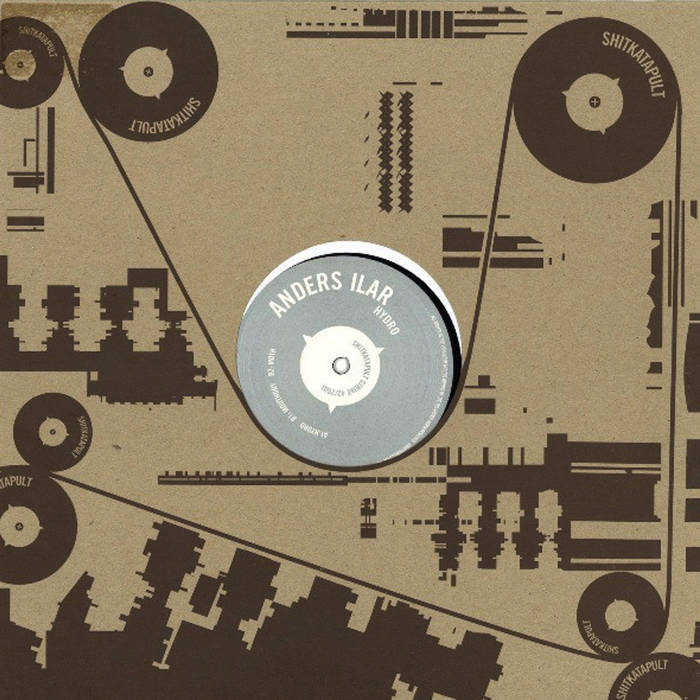 Damn Swedes, Shitkatapult gets frosty! “Replik” is the fitting title this 29 year-old Goeteborger, Anders llar, has chosen for his clear gletscher-like winter-techno 12”. Trimmin’ up where Edward Scissorhands cut off, Anders seems to be slicing three laissez-faire ice sculptures from Shitkatapult’s frigid repertoire. “Onehow” is a vibrant monolith filled with repressed emotions. Nagging memories of past tragedies chase the pristinely flat, minding bass line of an alienated person into wintry woods of leafless trees. Finally, our victim here is overcome with a cathartic outburst of emotion in the form of triumphant piano-arpeggios.

In “Pedal,” Anders IIar, just as any light-footed Swede dressed in winter clothes would do, jumps up and over the snow-covered dance floor with his well-padded moon boots at an outdoor disco between Uppsala and Detroit. For “Replik,” he finally grabs the ice-pick and carves the name Shitkatapult in big letters up on the shimmering green, iced ceiling of the Skagerak. He does this just in case T.Raumschmiere comes flying through on a wild goose looking for a landing place. The techno bat strikes into the suffocating and echoing surface without sense or hesitation. Fine rips split sound tracks into the depth and hit rock bottom. It’s true, northern lights, as them Swedes know, make insomnia a regular occurrence so that depression is met again.

Complete pragmatism comes from Sweden and has unveiled itself as a real exported craze in the shape of Abba, furniture, and pornos. The principle is that ideas must work. This is exactly the train of thought in Anders IIar. He decided to quit making music in 1997 after toiling with it since 1987 for the simple reason that it wasn’t meeting his expectations. Instead he started as a DJ and participated in a company that sold sex toys. This worked and it inspired him to try it once again. In 2000 he released tracks on his own label Pinesky and 2001 saw a release of his under the guise “rend” on the Cologne-based label Plong!. With “Replik,” Anders IIar verifies the blueprint imagination of Shitkatapult’s techno-idea with new results and thus proves that it’s working.