by Khan of Finland 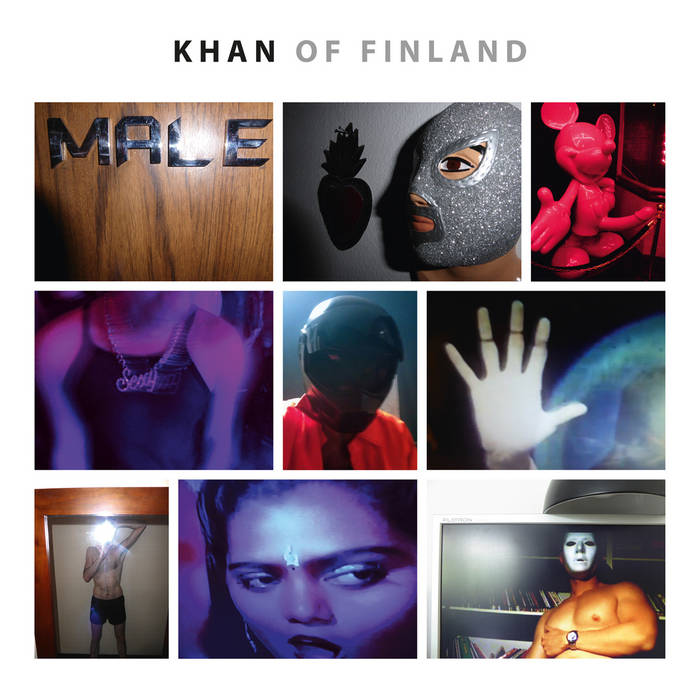 
Khan of Finland aka Can Oral – artist- and real name go hand in hand. His latest album - “ Nicht Nur Sex” of course is about sex. There’s more than that though. The title previews an album that forces by-standers to take a deeper look but it also clearly states: here's a few points that can be found, where sex isn’t satisfying without. Khan’s musical aesthetics are glamorous, dub-like pop packed with samples and alienated voices – a musical tradition leading back to Grace Jones and Marianne Faithful in their Island Records era of ‘80/81. We’re able to hear moaned phrases, phrased moaning, artificial ejaculation.

»NICHT-NUR-SEX« creates a melange of an intense life-style, here the untamed before and after as a musical counterpart, as well as the in-between as a starting point. Even the album cover is held in a similar fashion: The archive of Khan’s snapshots mirrors our voyeurism so we recognize we are most intrigued by picky details found in the hidden. Between fragments and snapshots secrets unveil, obsessions materialize and desires dance. To prove this view is of political nature, within the song »H&M Freedom« where it depicts various forms, shapes and conditions of dependency in today's world of consumerism.

In associative cut-ups which intersect organically, Khan has invited a legion of guest artists: Joe Volume, swinging between Tom Waits and Michael Gira, providing the cinematic character for the album with his narrating voice. The Mexican rapper -Alemán, projecting his solar beam onto Khan’s album. Julia Kent, a cello player for Anthony & the Johnsons, creates a deepness with her instrument, and the very present Icelandic musician Urður (GusGus) is featured on three tracks. Through Khan’s arrangements, a diverse interdependence of emotions is created compiling the ten tracks into a listening-album, where a soundtrack can be found. A soundtrack for our sexuality – and basically everything in-between!
–Hendrik Otremba

++ 20 Jahre Shitkatapult ++ Khan of Finland – »NICHT-NUR-SEX« is the rst release in the year of Shitkatapult’s 20st anniversary and acts as the initial record of a line of special artist releases e.g. from Si Begg, T.Raumschmiere & C. Brötzmann and many more of our catalogue artists.