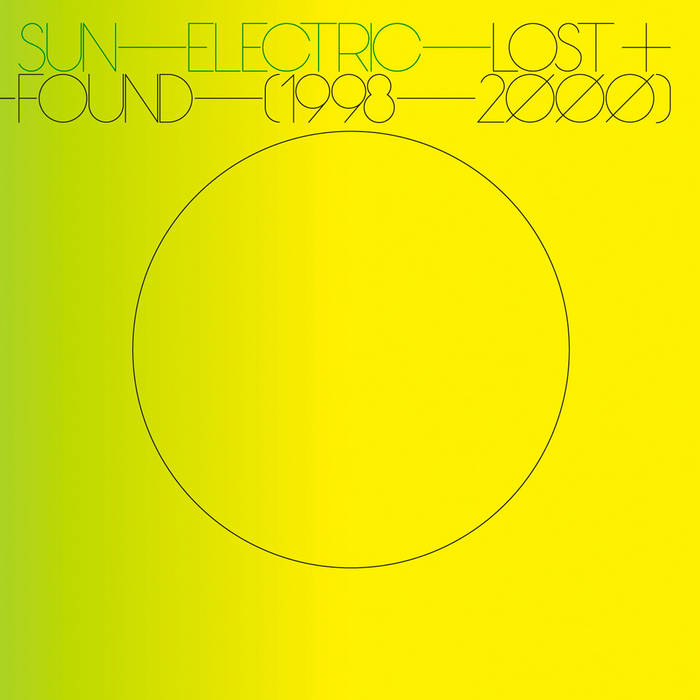 Who is Sun Electric?
Sun Electric is to ambient music what The Sex Pistols is to punk music. But since electronic abandoned the pathetic poses of rock music, nobody had to die to make this unique band history. Sun Electric members Tom Thiel and Max Lodenbauer dissolved in other projects, tearing out an insatiable piece of the map of electronic music.

What about "Lost + Found (1998-2000)"?
Lets look straight into the eyes of the evil of current electronic music scene: Todays techhouse producers does reintroduce song form, the Nurave kids do nothing but combine rave classics with punk songs. The minimal sound turned into a cartoon of what is was originally meant to be. But true connaisseurs of electronic music cannot relate to these adolescent laughs, they want to dive into the ocean of sound. ThatZs why "Lost + Found" is more than an archeological find, its an actual sensation. ItZs the rediscovery of electronic music as an alien experience, as a sonic challange. Thiel and Loderbauer avoid the pathetic narcism of overproduction: the plague in current electronic music production.
September 11th has been regarded as the day electronic music lost its innocence, when the sonic voyage of the nineties ended in a sober awakening. "Lost + Found" was recorded in the last days of summer of electronic music, in the three successive years after Sun Electrics final album was released in 1998. Listening to "Lost + Found", one might feel like visiting jungle: the music creates a complex soundscape, reminding of the noises of weather conditions and the sounds of a multitude of unknown animals.

Process is the seminal notion in Sun Electrics music. While current electronic music triggers the movements of the dancers bodies like aerobics in a Club Meditaranée, the effects of Sun Electrics music on mind and body are complex and open. Sun Electric music does not make you do anything, it rather gives you the opportunity to become part of a process. Development, growth, change are important in this concept: You might know what kind of person tuned into this album, but you surely have no idea who you are after you heard it.