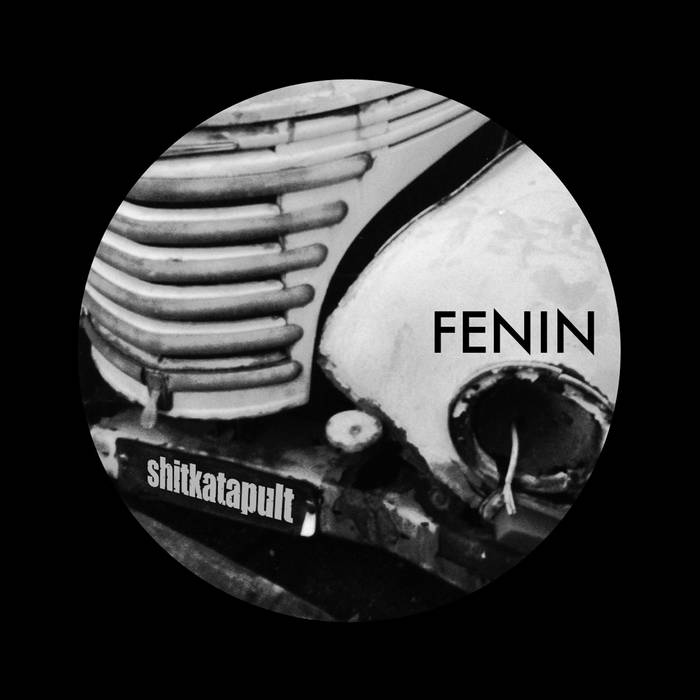 in may 2008 the new fenin album "been through" (shitkatapult, strike 91) will hit the rusty streets!! and for the club djs, vinyl junkies, fans and supporters shitkatapult will release a fenin remix club ep vinyl upfront in mid april. "breakin´/ a try - mixes" (strike 90) will showcase all of fenin´s class and quality seen and interpreted from the remixers' perspectives.

"breakin" is a clear dancefloor peace with a charming popcorn melody line upon a grooving funktechno beat. the original take is the best sum up of fenin´s club music world. the remix version by der dritte raum is a fat production by one of berlin´s most classic projects. der dritte raum lifts the fenin melody hook into house areas and offers a mix for djs for their open air and after hour sets!! it will be a shitty summer...!!

"a try" features african berliner gorbi on vocals and follows fenin´s
great work on his debut album "grounded" (shitkatapult strike 58) as a
songwriter between dub and dawn producing electronic music with a unique mood and features remixes by daniel meteo and max loderbauer/tom thiel aka sun electric.

daniel meteo´s house remix pushes the original into a 119 bpm deep house funk piece. Which should not surprise anyone who listened to meteo´s latest solo works on kalk pets and meteosound! leaving step by step to deep under. sun electric, who recently released their lost album (lost and found) on shitkatapult produce an arty electronic ragga cut up track with splattered vocals: Strange sounds and modular procession in a tight bouncing groove. Good mood musick.