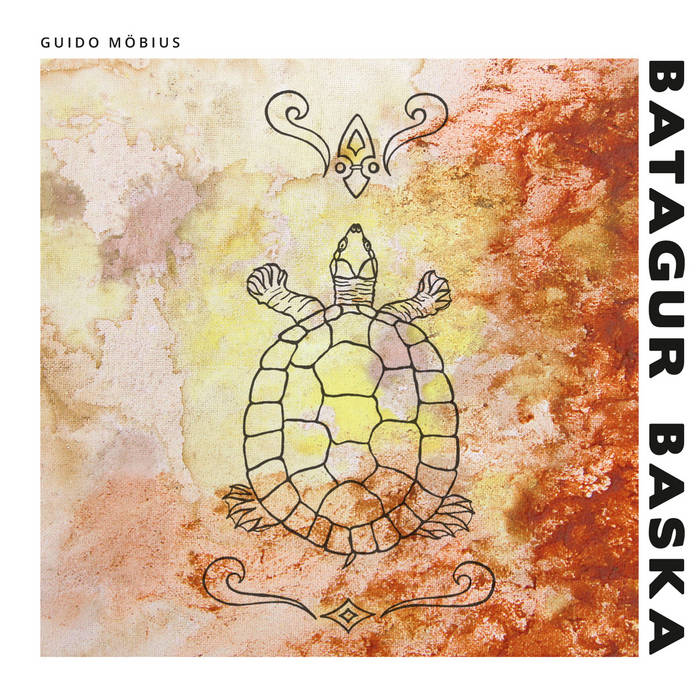 GUIDO MÖBIUS in the Web: www.guidomoebius.com

Description:
In the beginning there is noise. Not an encompassing and continuous noise, but something choppy and rhythmical. It sounds as if a noise-generating device is constantly being switched on and off in regular time. It's a machine-like pulse that stoically keeps its own time, even if none of the instruments, introduced one by one, follow its rhythm. Nor does the bass line, consisting of four notes and played with long pauses, nor the hypnotic tom sequence on the drums. The noise has a life of its own. Its staccatos swell into metallic-sounding harmonies that wander around the room without ever deviating from their tempo. The voice of Cambodian singer Prak Chum floats over it all. Its agility and countless, minute modulations make it seem strange and intimate, grounded and ethereal at the same time. We are talking about BATAGUR BASKA, the first piece from the album of the same name by Guido Möbius.